Have you ever dreamed about manipulating audio tracks to create kick-ass mixes and entertain hundreds of people? Imagine the crowd jumping to your beats and reveling in the psychedelic ambiance while you stand high as a god, taking everybody with you on your musical journey. Do you aspire to that? Well then it's time to take up practice. Before putting money aside for a deck and mixer though, you should probably check if you can even handle this kind of musical contraptions. In comes Virtual DJ 8. 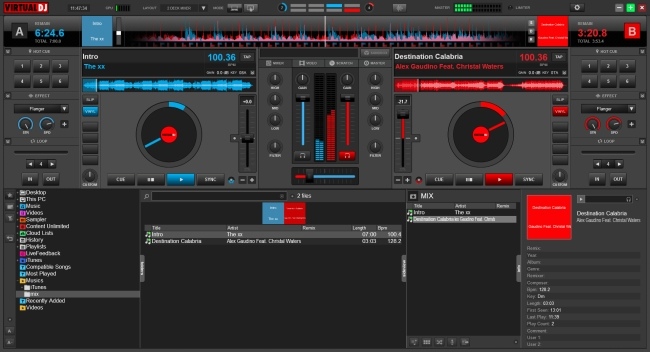 If you never experimented being a DJ then you might become intimidated by the interface. It's actually not that complicated. By the way, this piece is not catering to those thinking about migrating from Virtual DJ 7 to 8, nor to those that ponder on the benefits versus disadvantages against other DJ software out there. This is intended for people who don't have a clue about what is required to start practicing as a DJ, people like me. Now that I have deconspired myself, I must tell you that it's not really that hard to make heads and tails of the interface and how you are supposed to use it.

It is somewhat like a sound editor, but since you will need to edit in real time, you need quick access to all of the controls. Hence, everything is on the screen at once. The bottom half of the interface concerns the audio files themselves. From there you can select which one you want to use and store them in a playlist of sorts. The top part consists mostly of mirrored controls. There are two virtual vinyl decks with associated controls, while at the very top there is a mixed visual track and a beat detector.

To begin doing anything you need to load songs by dragging them from the bottom to the desired deck. Once loaded you can begin playing them. Clicking on the track will jump directly to that time and dragging over the disc will slowly roll the track forward or backward associated by the well known noise. The vertical slider next to the disc controls the track speed, measured in beats per minute (BPM). You can designate cue points to remember and setup a loop interval among other things. There is also a crossfader that is used to increase volume to one track while decreasing the volume on the other.

This does not do much with only one track. Loading a second one and playing them simultaneously will ramp up the possibilities however. Mixing tracks so that one seems to evolve to another means that you need to find a specific moment for starting a transition as well as synchronize their BPM so that you can maintain the rhythm. Finding compatible tracks and practicing this while trying some more interpolation stunts can be fun and could probably make you want to further explore this avenue. 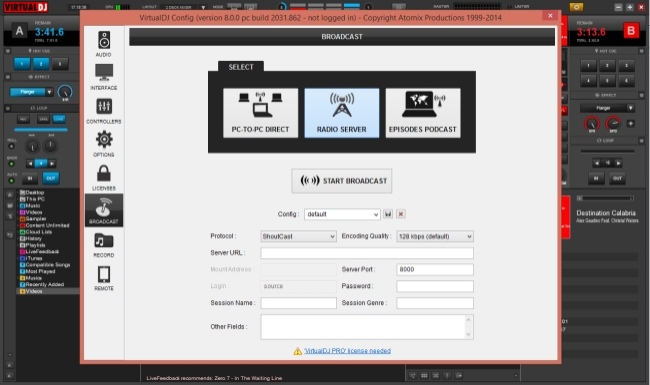 Virtual DJ is a great tool for learning about mixing music and a t the same time a useful tool for seasoned DJ's.

RELATED PROGRAMS
Our Recommendations
VirtualDJ Remote    PAID
Mix with VirtualDJ directly from your iPhone or iPad ! Whether you want to use your iPad as a virtual scratch turntable, or just want to step away from the booth for a moment but still continue to monitor the mix from...
Continue to app

Rating:
VirtualDJ Remote    PAID
Mix with Virtual DJ directly from your phone or tablet ! Whether you want to use your tablet as a virtual scratch turntable, or just want to step away from the booth for a moment but still continue to monitor the mix from...
Continue to app

Rating:
VirtualDJ Free Mobile    FREE
Easy DJ application suitable for everybody whether you are a beginner or a profesional. It's your chance to become a real music composer with any education or special music skills. Don't miss it! The VirtualDJ Free Mobile...
Continue to app